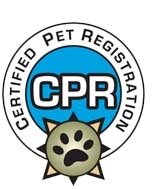 H1N1 Virus No Risk To Cats or Dogs

Cats and dogs do not appear to be at risk of becoming infected with the H1N1 virus, sometimes erroneously called “swine flu.”

Sharon Hietala, a professor at the California Animal Health and Food Safety Laboratory System, headquartered at University of California, Davis, said that the H1N1 influenza viruses “have never been shown to transmit to dogs and cats.”

Hietala, an expert in clinical immunology and diagnostic techniques for infectious diseases in animals, added that at this point, humans only need to be concerned about protecting themselves from the virus, but there’s no need to worry about their pets becoming ill.

The health concerns, therefore, are for influenza transmission from other people. The Centers for Disease Control and Prevention offers the following suggestions on what people can do to avoid influenza virus transmission between people: